South Africa has roughly 20 gap cover providers. So the secret to having medical gap cover is knowing which ones to go for.

Among these, ABSA and Sanlam have come out as being the top-ranked medical top-up providers in the country. Now a leading wealth and advisory firm, GTC, has ranked these particular gap product providers.  A media roundtable held in Cape Town on Wednesday, 16 May 2018, revealed this information.

In the GTC survey, they included 20 gap cover policies with 84 plans and 18 different products. And these focus on 4 core categories which have been identified by GTC. Some 550 000 families are covered with 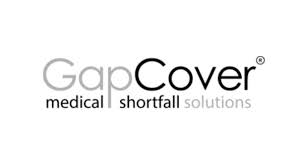 the different plans. This represents a small portion of the medical aid market which has more than 8 million members.

Comparing gap cover is of particular importance as medical aids offering more limited cover. Also government is getting ready to bring in more restrictions on private health care insurance. This is with the introduction of National Health Insurance.

Each of these providers has some special features that make them stand out, and Sanlam for instance, caters for gap cover for under 60 year olds while ABSA gets the thumbs up for providing top up cover to those older than 60 years of age.

The list of gap cover providers from GTC however isn’t an exhaustive list of providers, but rather those that are best known to GTC, who have invited any other providers to let them know if they would like to be included in the list.

Jill Larkan,  who is GTC’s Head of Healthcare, believes that the relative disinterest in gap cover insurance is essentially because of lack of  standardisation and lots of complexities. Providers try to differentiate their products but it is still difficult to compare products and to select the one appropriate to unique circumstances.

Now GTC is wanting to simplify gap cover for consumers, also so that they can understand how critically important it is. GTC’s survey rated the plans based on their oncology cover, in-hospital gap cover, co-payment benefits and the sub-limit benefit extender. According to GTC, the most sought after kind of plan is the one that offers in-hospital gap cover, sub-limit, oncology and co-payment to the level of 500%.

Sanlam and ABSA Win the Competition

While Sanlam and ABSA have emerged as the top gap cover providers, it is up to each consumer to find the best for their circumstances, as gap cover is a massively important tool for managing those ever-rising medical expenses.

In today’s bleak economic times, Gap cover, and indeed having medical aid, is looked upon as a luxury. Certainly, if you are a member of a medical aid, having gap cover is a cost-effective way to protect you from massive medical expenses that your medical aid won’t pay, and which without gap cover, you will have to find the money somewhere to settle your medical bills.

Complete and submit the form on this page to get a gap insurance quote now. NB. Medical aid members only!